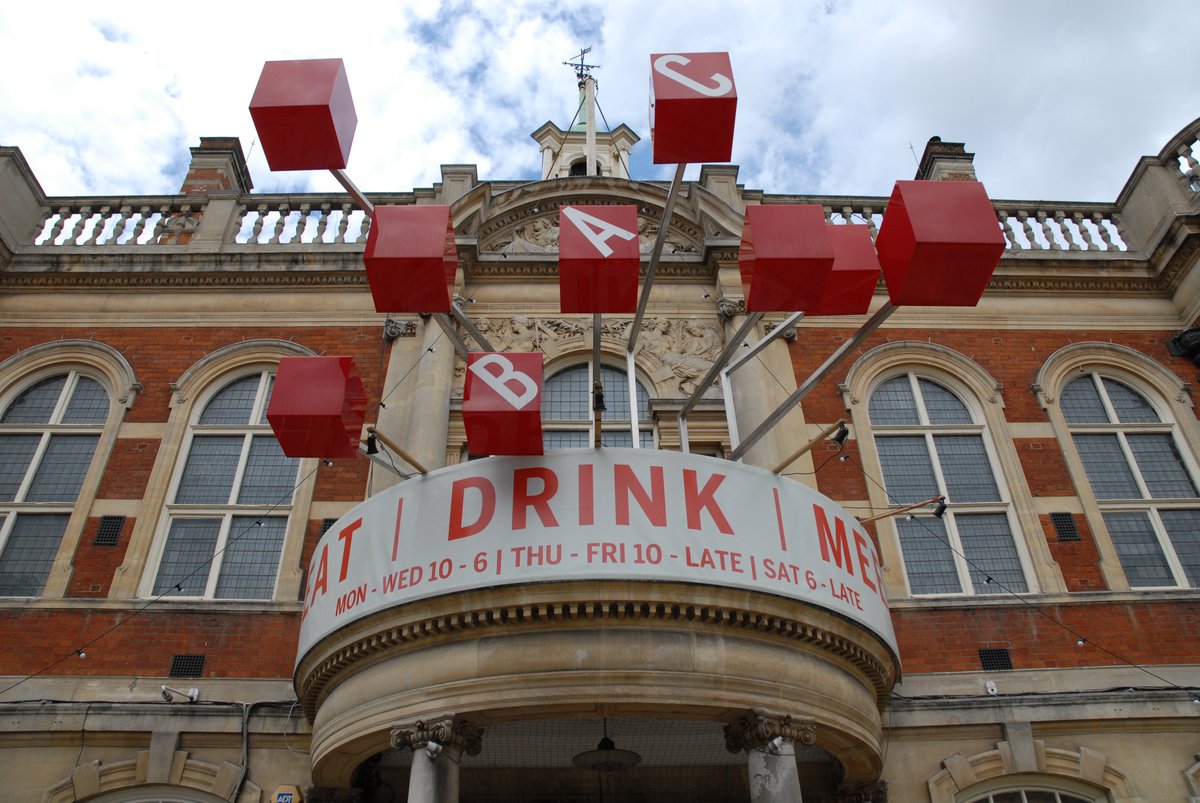 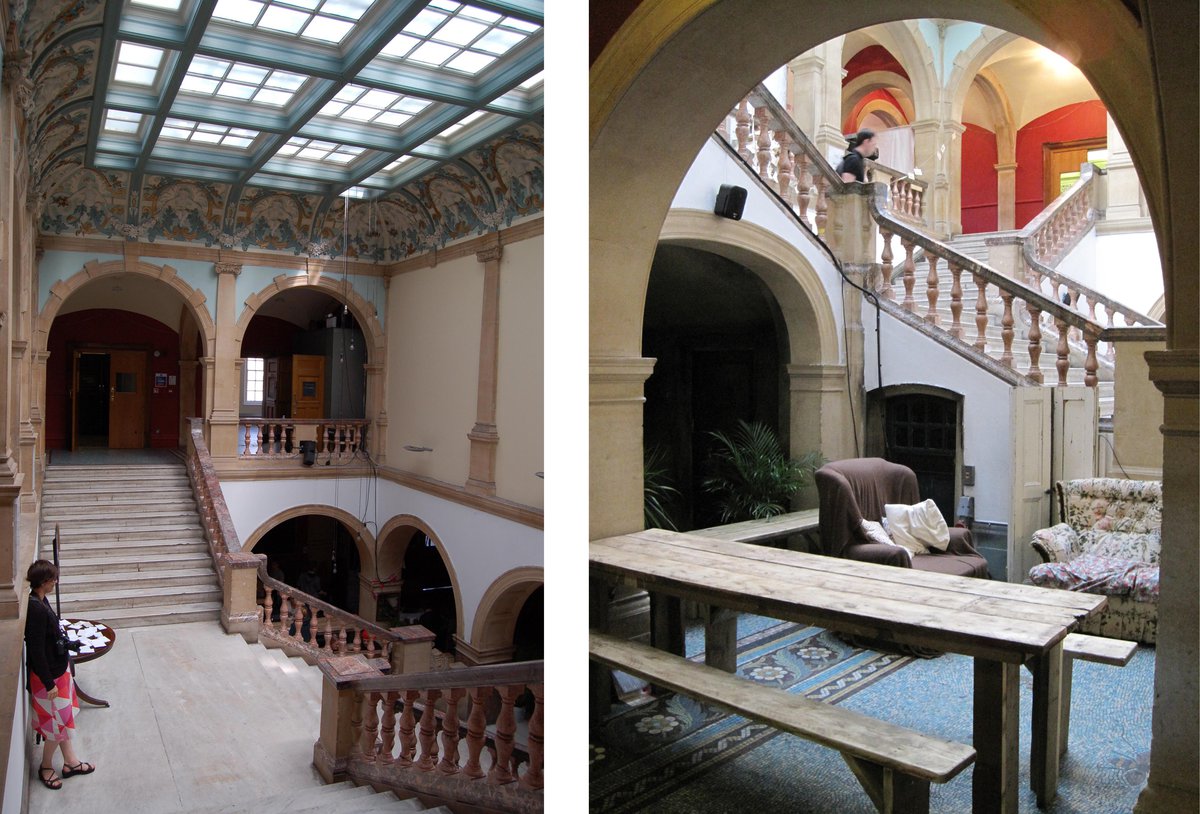 'We want the building to encourage adventure and play: to be exciting, surprising, at times disorientating, inherently theatrical. We want the building to reveal itself gradually, like an exciting story, rewarding those who peek behind the curtain, breaking the barriers between "front of house" and "back stage".' 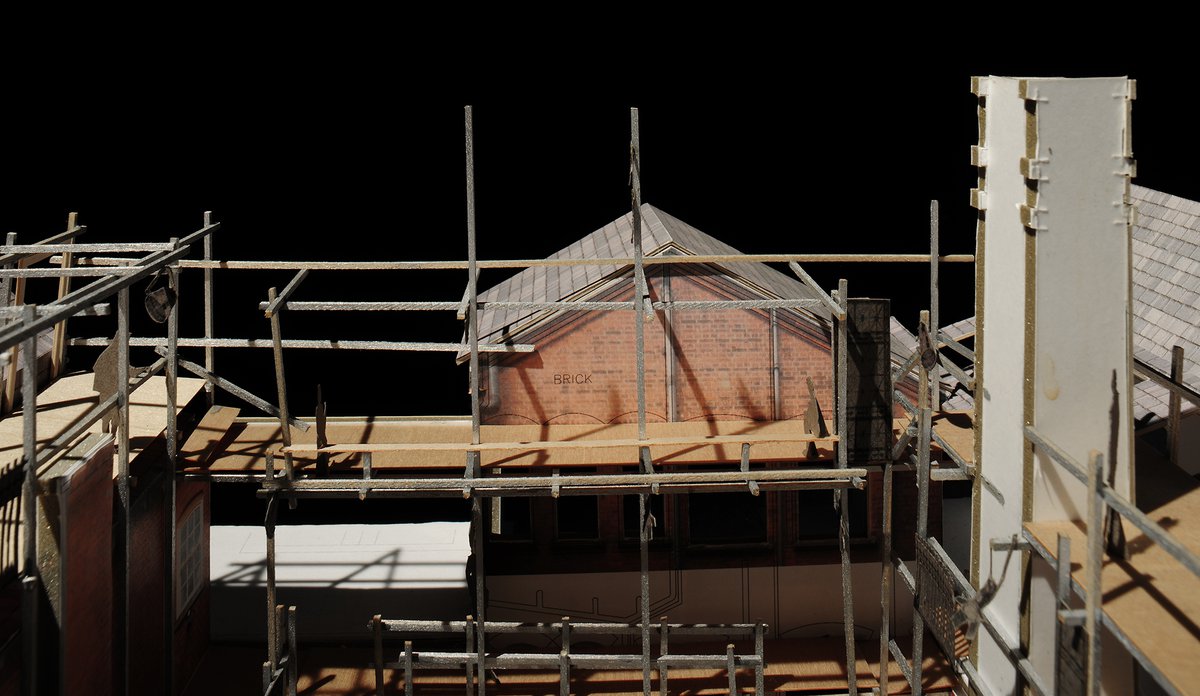 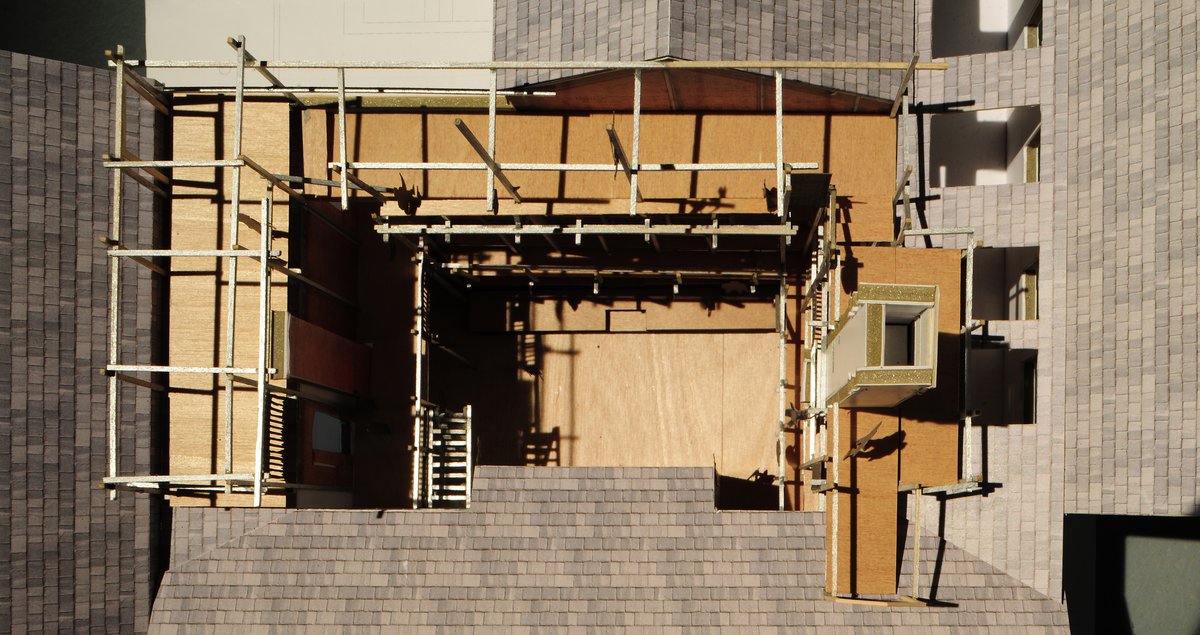 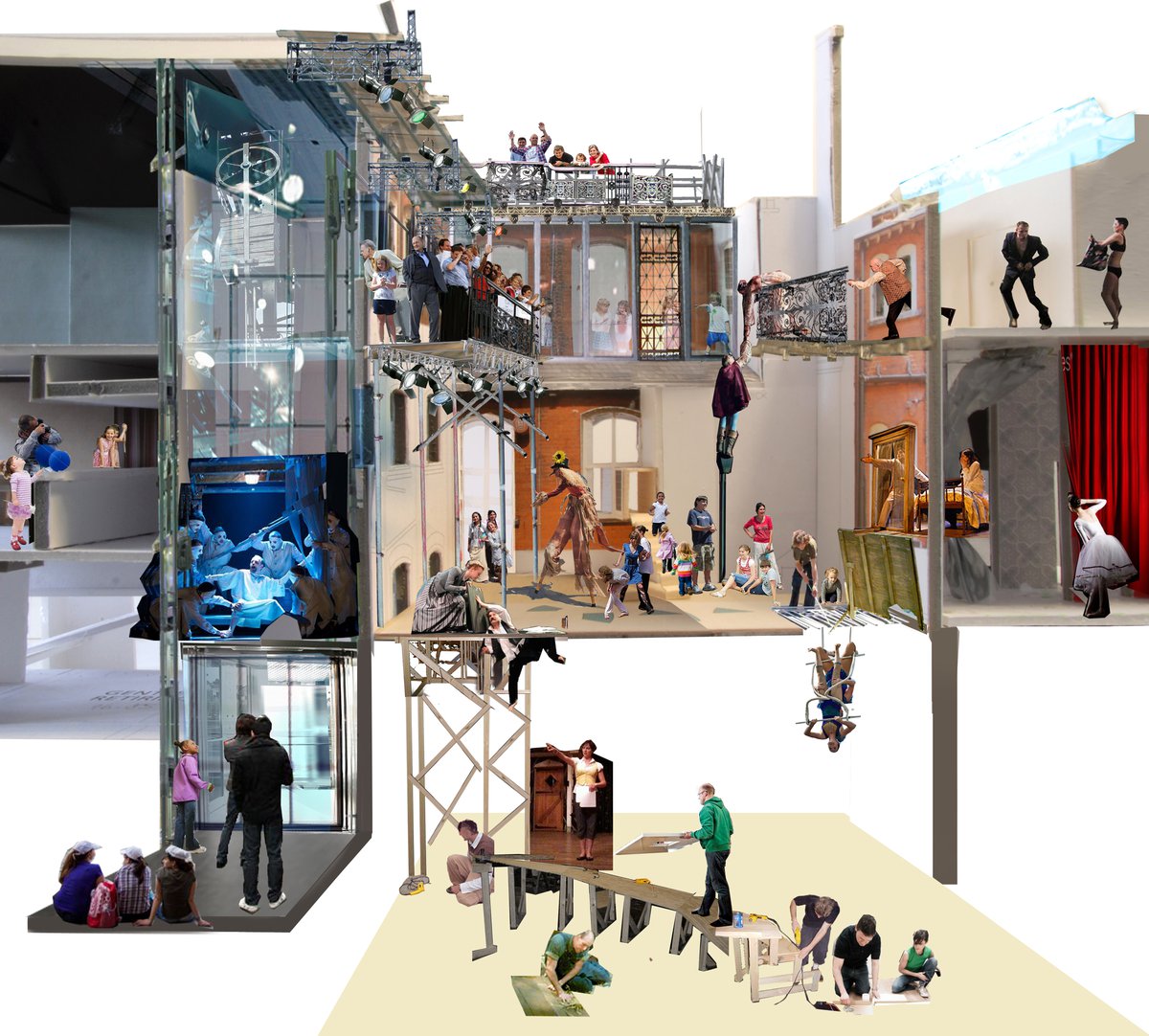 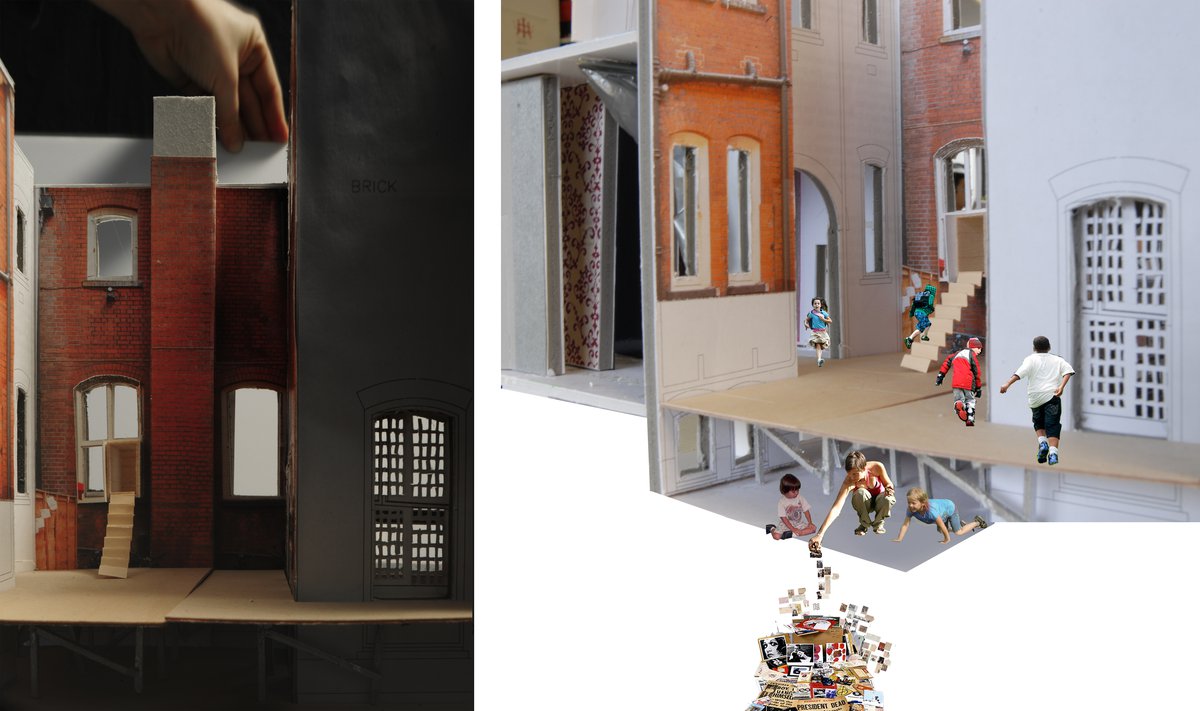 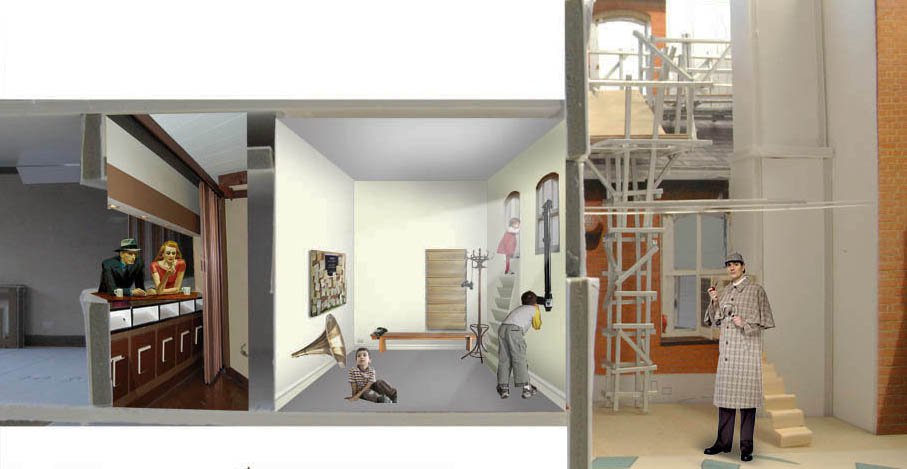 In 2011, Erect Architecture was shortlisted in a competition to refurbish and remodel Battersea Arts Centre, an incubator for new performance work in the UK. The centre is housed in the former Battersea Town Hall, a beautiful, civic building designed by E.W. Mountford and Grade II* listed for its architectural significance and important political role. The ambition of the team was to create a 21st century experimental performance space  in a 19th century Grade II* listed building.

In our competition entry we explored how to create an environment for performance throughout the building,  develop key spaces and sites for specific purposes, improve the audience’s experience and to restore the worn original structure and areas of significant heritage interest.

We made proposals for phased, temporary and permanent interventions which could be implemented whilst the art centre remained in operation. The BAC’s method of playgrounding; the use of performance to test proposed spatial alterations; was the underlying principle of our suggestions, which we explored and presented using sketch models.

Our competition entry also considered the potential use of adjacent public realm to bring alive the mission of BAC and provide a community as well as a BAC facility.