St Mary’s Church is a church rooms extension to a Grade II* listed church in Stoke Newington with an ambitious, thoughtful client and a predominantly female team. We worked through a light touch approach to attaching to the church - it has its own pitched roof to add to the language of roofs that have grown since the church was first built.

Sarah has been working on this project since she joined erect in 2016 and it’s due to start on site after Easter. This is a proud moment for her! She’s lost a few nights sleep on this one (alongside her part three) and she’s been through the full design with Susanne and the support of everyone at Erect. During the two-year design process, we have engaged with many stakeholders from the migrant centre, homeless shelter and food bank, to the liberal Jews, the parishioners and even a ballet class. All have unique needs that we have tried to meet in the proposal, alongside the Rector’s desire for an exciting, welcoming build for the community which minimises any anxiety. Here are some of the iterations we have explored throughout the design. 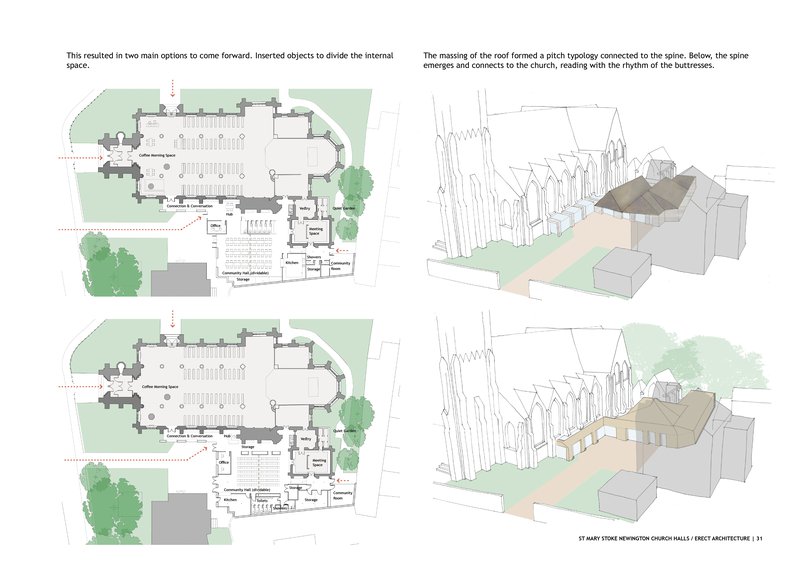 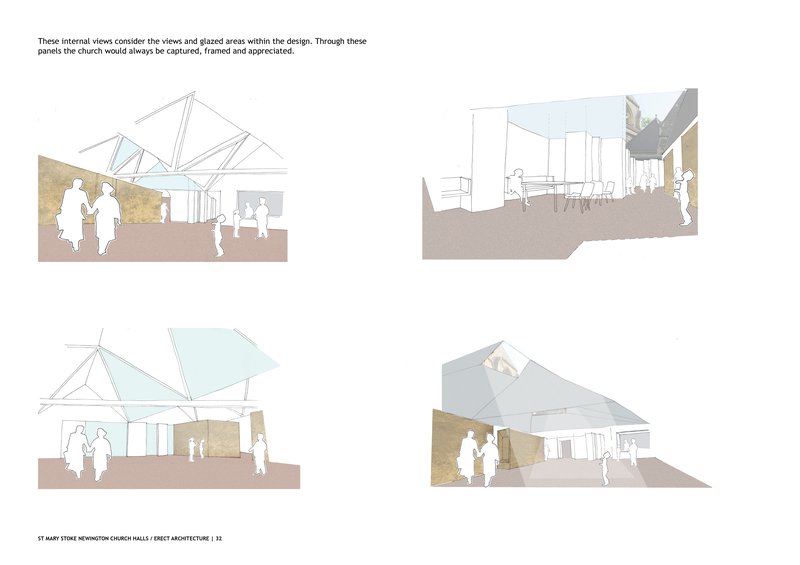 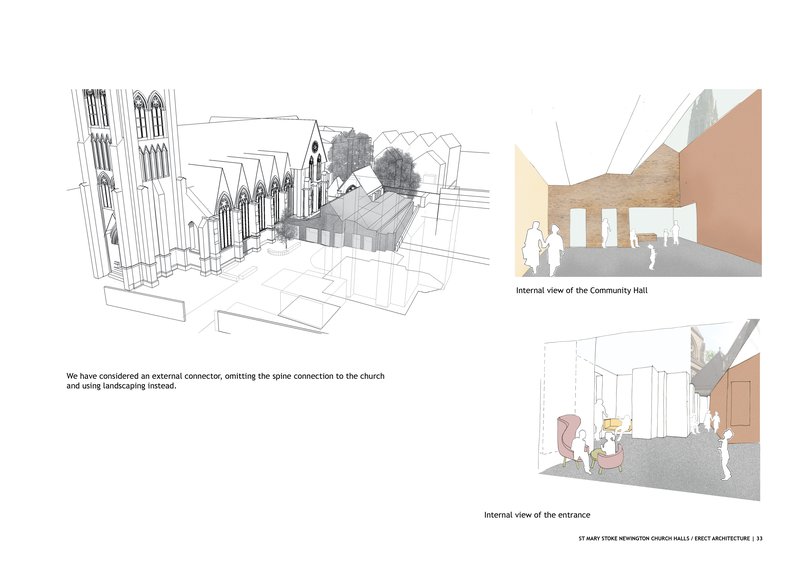 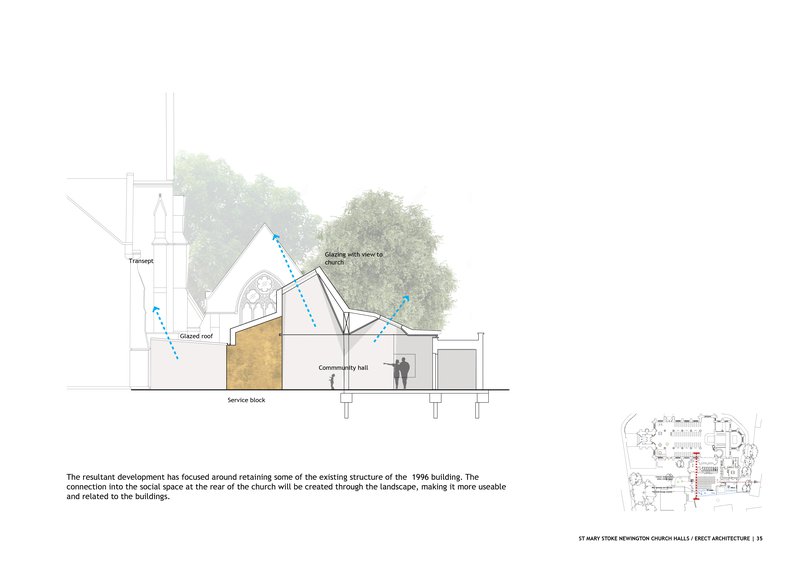 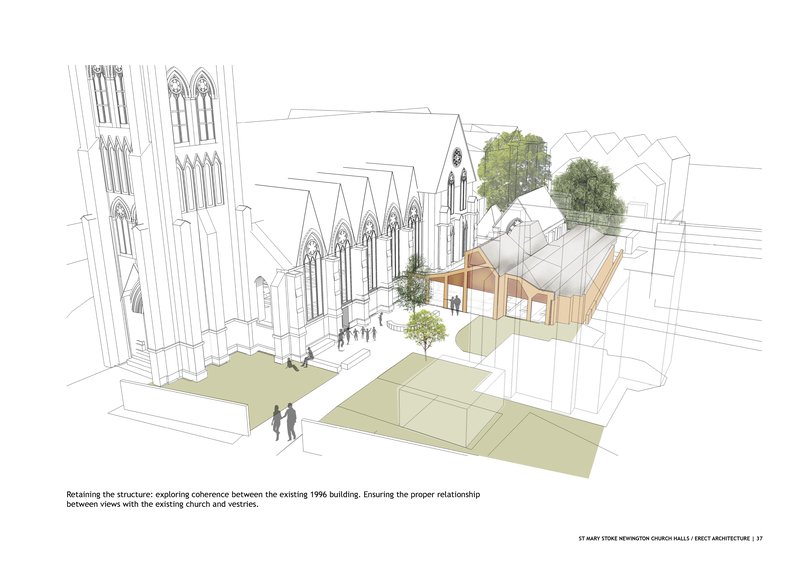 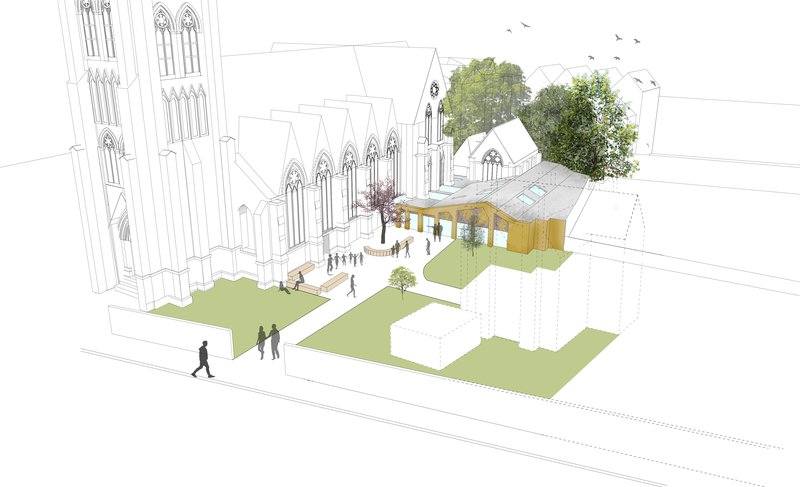 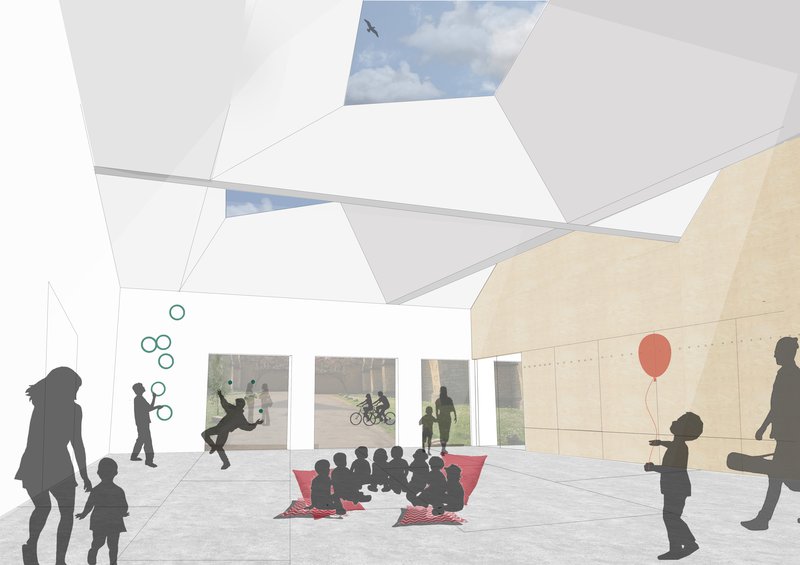 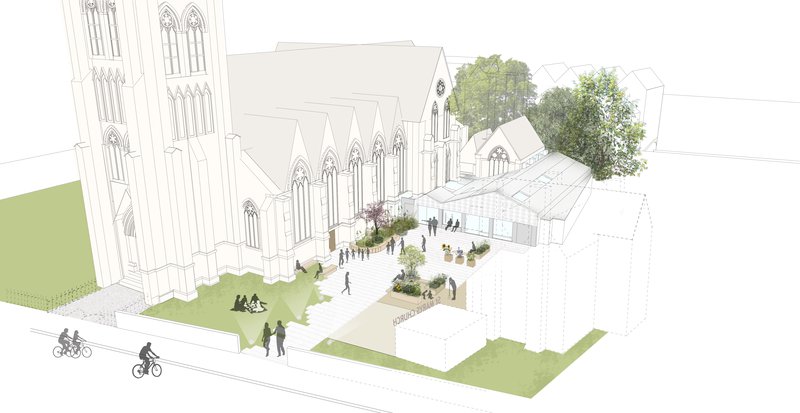